The northern part of the commune is situated on a plain. The picturesque southern part is located in hilly areas. The town of Brzesko has an industrial character, with well-developed services and commercial functions. The rural areas surrounding Brzesko Town have lost their agricultural character in favour of residential functions.

The Brzesko commune is situated at the crossroads of routes to Kraków, Rzeszów and Nowy Sącz. It has direct access to the A4 motorway, railway line and it is only 45 minutes from the Balice airport. The national road No. 94 along the Kraków – Rzeszów route also runs through Brzesko, as well as the national road No. 75 to Nowy Sącz. These advantages make Brzesko an ideal place for a logistic base. 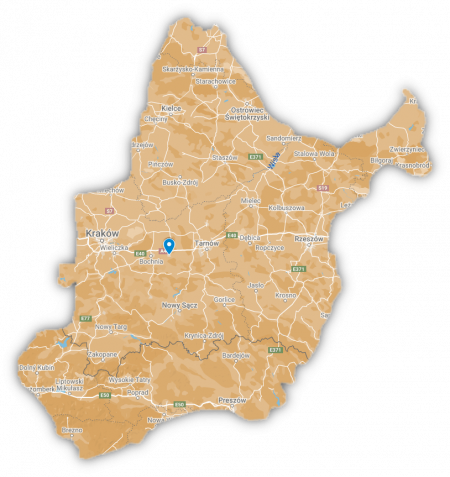